Home World Foreign Nations UK and Stock Market Back From the Brink?

The clear-cut victory of the Unionists over the Far Left Socialists in Thursday’s ‘ Scottish Independence’ vote may well have headed off- for the time being- a collapse in the West’s Stock Markets. It is our belief that most Stock Markets around the world are artificially buoyant because of Government manipulation of interest rates and the printing of excess money. It is hard to see how the oceans of debt upon which the USA and other Western Nation’s Governments are floating can be navigated to port except by deliberate and substantial inflation. At the present time the artificial near-zero interest rates in the USA are punishing savers and pushing those who have money to avoid lending it and instead buy stocks. No doubt in some States with low property taxes, money is going into housing but in California and similar high-property tax administrations, only stocks attract savers except where rents are abnormally high.

With the threat to the UK’s existence removed-for the time being- Western Governments can breathe a little easier, but the (misnamed) Scottish National Party may not feel defeated after getting 45% and will soon start another campaign. The Catalonians will surely be even more encouraged to pursue separation from Spain. In any case, there are other major threats to Western stability looming including the Ukrainian civil war, the breakdown of the multi-culturist experiment everywhere, the continued advance of Islamic Imperialism and the moral decline of Western States now dominated by the perverts and Leftists of the Media Class and its allies. A stock market collapse is never far away and only a spark is required to explode confidence.

In the USA, the many failures of Obama’s Presidency are becoming too obvious to conceal. His growing unpopularity with those voters who are outside the enclave of Black and Jewish racism, welfare dependency, government and public service employment, and sexual deviation, are such that the MSM is having difficulty ensuring Democrat control of the Senate in November. Owning the Senate through a Democrat majority is the unstated, concealed priority of the Media Class. The reason will not be revealed in the MSM because the Media Class cannot afford to have the election fought over Obama’s disregard for the Constitution, his illegal assumption of powers and the imposition of the homosexual (anti-Christian) agenda. Above all other issues (Obamacare, reckless public spending, chronic unemployment, borders) it is control over the Supreme Court and future appointments to it for which the Media Class and its Leftist allies must keep the Senate in Democrat hands. Obama has two more years in the White House and with the collusion of a Senate majority he can pack the Supreme Court (and lower Federal Courts) with Leftist Judges who share his and his masters’ contempt for Constitutional government.

Republicans, Conservatives and Nationalists may fume over the Obama Health Care legislation, restrictions on gun ownership, amnesty, open borders, same-sex marriage and much else that this revolutionary government has advanced, but it is the threat to the Constitution that all on the Right should most fear. The Media Class has already weakened the Supreme Court, and many Federal Courts have already been surreptitiously packed with lawless Leftist judges. John Roberts, once considered to be an arch defender of the Constitution, has already shown himself vulnerable to some kind of blackmail, so that the Supreme Court is now up for grabs. At least four of its members have a complete and open disregard for the Constitution they have sworn to uphold. A Supreme Court unhinged from the Constitution and ready to rubber stamp any Obama dictate will enable the drift to totalitarianism to become a surge. A Democrat Senate will allow, indeed encourage, the Obama/Holder White House to pack the Court with Justices who detest the Constitution, free speech, traditional religion and real marriage, an armed citizenry, border integrity, property rights and America’s traditional attachment to individual freedom. Without a Supreme Court ready to protect the Constitution, there is no impediment to a naked and unrestrained Leftist assumption of power in the next two years.

We read and hear many on the Right who, raging against the weak Republican leadership and those Republicans who have been compromised by Washington’s seductive and corrupting atmosphere, intend to ‘punish’ the Republican Party on election day by staying home. We understand the rage and anyone inspecting our website’s archives will see that this is a ‘Hard Right’ bastion. But we try never to lose sight of the big picture and never to ignore the lessons of history, especially when they inform us about revolutionary times. These are revolutionary times and we who are anywhere on the Right are the counter-revolutionaries and we are fighting for survival. The Right has been pushed back too far to enjoy the luxury of teaching our erstwhile allies a lesson. Modern history presents us with the terrible results of disunity in the face of dedicated revolutionaries. The divisions among counter-revolutionaries in Russia in 1917 enabled Lenin and his small but resolute Bolsheviks to grab power. Disunity among Nationalists and Christians handed power to a Nazi Party whose leader cared nothing for the German people.

A Republican majority in the Senate after November would contain several individuals lacking a moral and patriotic compass but it would also contain several good men and even one or two good women. As part of the majority, and aided by an energized grass roots across the Nation applying pressure, the true Conservative Senators can supply effective opposition to the Obama agenda for the next two years and most crucially resist the subversion of the Supreme Court. There are places where the Right has no chance of victory in the polls and counter-revolutionaries can safely indulge their anger by not voting. However any place where a Democrat can be defeated, every counter –revolutionary should vote Republican. If I were living in New Hampshire I would vote for Scott Brown despite his support for same-sex marriage, for by doing so I would also be ensuring that Mike Lee and Ted Cruz were part of the majority in the Senate and thus exercising some real power.

On Friday evening I enjoyed some motor-cycle speedway in Auburn, California. The several thousand spectators were, without exception, White and what might best be described as working class. I am sure there were many gun owners and bitter clingers present despite this being California. A young lady sang the National Anthem at the commencement and everyone stood and all men removed their hats. It is reassuring to know that even here on the West Coast there are many who would ferociously resist a Leftist takeover. If only the Bay Area’s hard-working and law-abiding Oriental and Asian residents could be persuaded that they naturally belong on the Right, the Left’s monopoly of power could be broken. 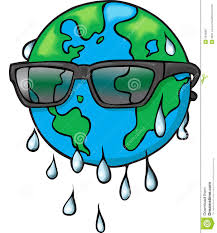 The very hot weather forecast for middle California has not materialized and September looks as though it will, like August, be a relatively cool month. Now all that is needed is rain and capital punishment of arsonists. In the UK weather is unremarkable and the English Channel is failing to drown Starcross on the Exe Estuary. 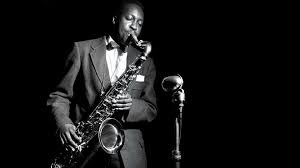 Hank Mobley (1930-1986) was one of the great tenor sax players and his life was too short. His most productive period was in the 1960’s when jazz, like all worthy entertainments, was being threatened with puerile Media-promoted garbage. Adult music would soon disappear to be replaced first by kids and then by perverts. Mobley made several good albums with guitarist Grant Green but he also recorded with pianist Wynton Kelly, bassist Paul Chambers and drum master Art Blakey. In February 1960 this quartet recorded the album “Soul Station” and we once recommended the title track from the album. Mobley was as accomplished composer of tunes and here we recommend his humorous composition “‘Dig Dis” from the same Blue Note album.