The latest opinion polls on the Thursday election in Scotland suggest that the ‘No’ vote might just reject Scotland’s exit from the UK. As I write this article there is only one day left and then voting begins. I have no crystal ball and opinion poll companies sometimes place an agenda above accuracy. On Friday we shall probably know how the residents of Scotland voted.

The word ‘residents’ is an appropriate one in the context of this election. Hundreds of thousands of Scottish-born people have been denied a vote because they are residing in other parts of the UK or abroad. At the same time somewhere between 250,000 and 500,000 people of recent foreign ancestry will be entitled to vote about Scotland’s future. Internationalists will have no problem with this for they truly disdain ancestry, culture, race, ethnicity and roots in the land, except when these attributes can be used as a weapon on behalf of minorities to undermine White-dominated Nation States.

Nevertheless, Nationalists should be greatly concerned on the principle that many genuine members of the Scots people have been disenfranchised, yet foreigners enfranchised simply because of temporary residency. One would assume that the people who want independence from England are united by ethnicity, history, culture, and language and that they believe such things to be fundamentally important. If not, what is the point? For the record Scotland’s residential population hovers around 6 million. It is probably impossible to ascertain the number of true Scots in the world, since the Scots, like the English, have long been travelers. If there are anywhere near half a million foreigners (i.e. people without Scottish roots) eligible to vote on Thursday, this adds up to about 8%- a significant number in a close outcome.

None of this will bother SNP leader Alex Salmond, for as we explained in a recent article, he is a Socialist wolf in Nationalist sheep’s clothing. He is also an unprincipled, ambitious opportunist, but then so are those who are opposing him. Would anyone dare to claim that UK Prime Minister David (hug-a-hoodie) Cameron cares a jot about the sovereignty, the racial homogeneity of the British people or their culture? As for his partners in Government (the Lib-Dems) and the Jewish international Socialist Ed Milliband who leads the Labour Party, are any of these remotely interested in preserving British national identity?

On this website we do not support a break between Scotland and the UK. We do not think that the cultural, racial, religious and linguistic differences between the members of the UK are sufficient to justify disturbing several hundred years of unity that has shaped a great Nation. In our book, Nationalism and Conservatism are natural bedfellows. For the record-and regular website visitors will know that we value personal experience- as one who grew up in the Southwest of England, the Scots were about as different from our local people as were Yorkshiremen and Geordies. No more and no less!

If the ‘Yes’ vote succeeds, the consequences are obviously great and unpredictable for both Scotland and the rump of the UK. We often write about the law of unintended consequences and the problems that arise when politicians, who are ignorant of history and are pursuing short-term and unprincipled goals, open a ‘pandora’s box’. A ‘Yes’ vote, which will certainly shake the financial foundations of the UK, may well have a domino effect abroad. Obama’s US economy has the shakiest of foundations and the EU, Russia, China and many Second and Third World countries are all vulnerable to a collapse of confidence. Will Friday the 19th September 2014, see the start of another 1929? We hope not, but all of the conditions for a catastrophic collapse of confidence are in place. It just needs a small earth tremor. 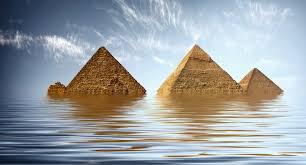 Middle California has been hot, as is normal for September. Only one triple digit day so far! The UK has also been having very ordinary weather. The Midwest of the USA has been experiencing an early winter. Meanwhile, both ice-caps are growing at record speeds and Al Gore has gone to ground.

Stanley Turrentine (1934-2000) was born in Pittsburgh PA into a musical family. His brother Tommy was an accomplished trumpeter and often played with Stanley. Stanley’s only formal music training came from a stint in the military so his jazz gifts were unspoiled by attending one of America’s prestigious music colleges where technique obliterates invention.

My son has selected one of his favorite recordings, ‘River’s Invitation’ which was written by Percy Mayfield. The great Herbie Hancock is the pianist and the recording was made in 1965. Stanley was not one of Jazz’s innovators but he was one of the most accomplished tenor sax players with a rich, big sound, rooted in the Blues and Soul and on this number, exciting. This is from the album “The Best of Stanley Turrentine”. Also on the recording, Kenny Burrell (gtr), Bob Cranshaw(b) and Grady Tate (d). The orchestral arrangement was by the great alto sax player Oliver Nelson. Enjoy this exhilarating and happy music as an antidote to contemporary trash.