The decision by the Supreme Court to ignore the applications of several States for a Hearing on Same-sex Marriage should not come as a surprise to regular visitors to this website. The decision, in effect, leaves the decision-making on the legality of SSM with lower Courts and sets aside the expressed wishes of electors. It is now the green light for the Judiciary in every State to make new law on marriage. It is not only States’ Rights that have been set aside by the SC’s refusal to intervene but the People’s wishes. America has moved much further down the road whereby the Judiciary over-rules voters and makes new laws. We can expect that very soon SSM will be lawful all across America despite the opposition of the great majority of the people.

Let us, as conservatives, be clear about the consequences of Courts setting aside the people’s wishes in a Nation where the Mainstream Media and the Ruling Media Class control news and opinion. The great majority of people will be persuaded that they should accept SSM, for opposition through the ballot box is doomed to failure. The MSM will not only portray a mood of public euphoria but will go all out to create a sense of momentum. Those who actively opposed SSM will disappear from the public record just as completely as Trotsky became invisible in the USSR after Stalin took control.

Let us pause to remind ourselves that SSM is not a small evolutionary societal adjustment but the rejection of 2000 years Western (Christian) underpinning of the family, a breathtaking denial of physiology and a departure from a tradition that is world-wide. In short, SSM is shockingly revolutionary in its concept. Yet the Supreme Court is not interested in ruling on its legitimacy. We do indeed live in Revolutionary times! Unfortunately we also live in times when too many men are walking the poodles, being poodles, playing computer games, getting tattooed or watching TV sport.

It is worth reiterating why, on this website, we are completely opposed to SSM. In no particular order of importance the reasons include

The plain fact is that SSM is not an end for its proponents but merely a stepping stone. Its legality will not alter one iota the quality of the emotional relationships of those involved but its legitimization does open the door to greater State indoctrination of children, State suppression of the expression of natural instincts, the criminalization of Christianity, the punishment and stifling of dissent. SSM is an attack on free speech and an extension of the power of the State over the people. SSM is a stepping stone to the creation of an America that is depraved, degenerate and in terminal decline.

The triumph of SSM, achieved by the Obama Government and by the Judiciary, is crystal-clear proof that we are living in Revolutionary times- as we have long argued on this website. We have argued that the Media Class which now rules America has at its core a constituency of perverted hedonists, and the remaking of the Nation in their own image is their paramount objective. We have also regularly pointed out that one of the weapons of their MSM is the power to destroy individuals by selective investigation, scandalous revelations, innuendo, false allegations and no recourse for the individual permitted. The withholding of scandalous revelations is also an awesome MSM power for a scandalous revelation can be held over anyone who might crucially oppose an agenda item of the Media Class. The non-PC word for this used to be ‘Blackmail.’

We assume that the SC decision to reject the ‘Real Marriage’ issue is the work primarily of John Roberts, though he will certainly have had the support of the 4 Leftist SC members, at least one of whom is most likely a pervert. Roberts himself is almost certainly normally heterosexual for he is married to a woman. He has a long history of conservatism and adherence to the Constitution, so his early 2013 betrayal of the Constitution in the service of a Revolutionary government’s healthcare legislation was a shock to all on the Right. We refer to our article of Feb 11th 2013 under the heading of “Supreme Court Justice Roberts Has a Secret?” in which we linked to the website ‘LibertyCaucus.net’ January 29th and an article by ‘Trip’.

If ‘Trip’ is correct about the Roberts’ adoption of 2 Irish children from South America, we can assume that Roberts will betray the Constitution and conservatism on every issue that is a priority of the Media Class. He will be permitted to adopt conservative stances on financial matters, even Union issues, for these are only the priorities of the junior coalition partners, but revolutionary social/moral issues require that he jump into line. In these Revolutionary times, when the Revolutionaries hold most of the aces, every conservative, every Christian, every individual who defends traditional morality, is vulnerable for being human. For many Republican Congressmen, the Washington cesspit with all its temptations and traps undoubtedly gives rise to a skeleton or two in the cupboard and a MSM sword of Damocles held aloft. If Roberts, perhaps as a result of pleadings by a desperate, childless wife, cut corners and pulled strings to adopt two babies, we can sympathize. However, in the face of MSM blackmail, resignation is the only honorable path and he has not taken it. There will be more betrayals and the Supreme Court is now securely in the hands of the Revolutionaries.

The continued insurrection in Ferguson is being under-reported as well as being misreported by the MSM. It is a tricky issue for the purveyors of propaganda. There needs to be enough ‘reporting’ to energize the Black vote in 5 weeks time but not enough to antagonize the White and Asian vote. The latter might wonder why the people of Ferguson do not work yet appear to be well-fed, well-clothed and very energetic after nightfall. Obama and Holder have adopted low profiles on the Michael Brown case in these last few weeks running up to elections. Now another Black youth has been shot dead by an off-duty cop and not far from Ferguson. It appears that yet again the ‘victim’ is a thug. This is irrelevant to the foot-soldiers of the Left who see an opportunity for more ‘protests’ and redistribution of the wealth that lies behind store windows. They are not sufficiently politically astute to postpone immediate wants until after the elections so the MSM must be in a quandary.

We await the outcome of today’s by-election in the UK, where a defector from Cameron’s governing Party is standing for the UKIP. Friday will be a happy day indeed if Dave ‘Hug-a-hoodie’ Cameron and his unprincipled gang are humiliated. In the meantime, the BNP’s new leaders are exhibiting a lot of principle and their former leader Nick Griffin is revealing his lack of it.

Obama’s decision to send thousands of US troops to West Africa where they will be exposed to Ebola, and his refusal to ban West African flights, indicates that he not only promotes the ‘re-distribution of wealth’ but also the ‘re-distribution of health’. Is it possible that he believes that ill-health should be more equably shared and that White and Asian Americans are grabbing an unfair portion of the World’s health cake? 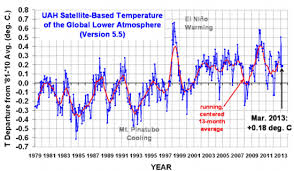 Website visitors from the UK report cold, wet, windy weather, which is the norm for October (and most of any year). If only some of that rain could be rerouted to middle California where drought continues, exacerbated by unusually hot weather for October.

The Second Time Around

The great song-writing team of Jimmy Van Heusen and Sammy Cahn wrote “The Second Time Around” for the 1960 movie “High Time”. It has been recorded by many singers including the best, Frank Sinatra. It is not often that a song’s lyrics outperform its tune but in this case Cahn’s words turn a good tune into a great masterpiece. It is also not often that a singer can equal a Sinatra performance but the Robert Goulet version of this song (from the album “Hollywood Mon Amour”) is perfect, not only because Goulet is so tuneful but because he was a master of romantic words. This music, with lyrics that are truly meaningful, is absolutely only for grown-ups. Fans of Protesting Bruce Springsteen, Mincing Reggie Dwight and Whining Bob Dylan are advised to avoid.