Having done everything possible to keep the subject of Amnesty by Executive Order out of the headlines whilst the October election campaign was in full swing, the White House and the MSM are now preparing the American people for it to be executed during the life of this Congress. Obama’s spokesmen, seeking to obfuscate why he never conferred citizenship on more than 11 million illegal residents during 6 years of Democrat Congressional power, are now manufacturing – with MSM collusion – a narrative of ‘evolution’. Just as he was supposed to have ‘evolved’ on the issue of same-sex marriage (SSM) immediately after his election to the White House, so we are to believe that Obama has finally discovered a new priority and an old commitment that requires urgent Presidential action.

We might wonder why he did not act on immigration earlier, especially back when the Democrats controlled the House and Senate. No doubt, it has long been the intention of the Far Left Democrat Party and its leader to put in place this essential pillar of America’s transformation. Rush Limbaugh has for some time explained the long delay as an Obama tactic, hoping to lure the Republican Congressional leaders into getting their fingerprints on the legislation and thus carrying responsibility for its unpopularity with the majority of Americans. Rush is probably right. There is no doubt that those Republican legislators who have grown fat and accommodating in Washington have harbored an intention ‘to do something’ about the 11 million + illegal immigrants who dwell amongst us. They have wanted to please big Republican donors (employers) and perhaps quite a lot of small employers too, who are applying pressure on the Party for some form of amnesty. Some Republicans also fear that without Latino votes in the future, the Party will be condemned to permanent opposition. Rush Limbaugh and others see more Latino votes as inevitably Democrat. They maintain, almost certainly correctly, that the GOP could never out-bid the Democrats tax-funded concessions.

This conservative website, committed to lawful government, is wholly opposed to executive action by a President seeking to by-pass Congress and to ignore the Constitution. It also balks at the idea of legalizing law breakers, for it sets a terrible precedent. At the same time it has to be admitted that the issue of the illegal residents is complicated and the source of a multitude of current problems that Leftists exploit –from driving licenses to free medical treatment to fraudulent votes. Fools- and now this writer- rush in where angels fear to tread. Here are a number of observations from a legal immigrant.

Eleven million (or more likely 12 or 13 million) is a lot of people and they are both spread across the country and concentrated in South West Border States. They include many who are long-time residents with extended families, homes and jobs. They include a lot of very productive workers who are helping America to function at the coal face. They also include a lot of criminals and parasites, the latter feeding off the welfare system. The majority is made up of several million Mexicans whose country borders America and once (historically not so long ago) owned a large part of the South West. The borders with California, Nevada, New Mexico, Arizona and Texas were always fluid in that workers migrated in for seasonal work. These border areas, with mixed populations, existed peacefully, harmoniously and productively until recent times. They would probably have continued to do so but for the pernicious effects of the expansion of government welfare and the interference of Leftist ideologues.

Any solution that grants Mexican illegal residents special rights will run into the problem of the Central and South Americans who are physically, linguistically and culturally indistinguishable from Mexicans. There is an argument for acknowledging that all ‘Latinos’ have a special case for sympathetic consideration for conferring legal residency on the law-abiding. In support of this argument is the one that very many American citizens are morally compromised by daily involvement with, and dependency on, illegal Latinos. Gardeners, house-cleaners, car mechanics, electricians, plumbers, construction workers, nannies, restaurant workers, factory workers and farm workers (in the millions?) not only provide needed services but also have significant personal relationships with White and Asian Americans. Many of those who theoretically support action against illegal residents would surely have second thoughts when it involved people they know well, respect and need.

One indisputable truth that is never publicly acknowledged is that Whites, Asians and Latinos have been able to mix safely with each other within communities and around communities. In contrast, what ethnic group can live safely within or next to Black communities? Although there are Black Americans living comfortably in non-Black communities, the reverse is not true. It is one of the consequences of more-open borders with Mexico, the rapid growth of illegal entrants and the Leftist encouragement of identity politics that Latino areas are becoming assertive and hostile. Still, there has not yet been a Latino Ferguson.

Some Republican politicians who are opposing amnesty are attempting to win Black support by claiming that amnesty is depriving Blacks of jobs. Does anyone seriously believe that today’s unemployed urban Blacks could or would fill those jobs listed above? There are also increasing numbers of unemployable Whites who are addicted to welfare, drugs, tattoos and Rock music.

Only Mexican illegal residents have a credible historic claim to special rights on America. Africans, Arabs, Muslims, Indians, Orientals and Europeans do not! America has no obligation to admit their workers, refugees or immigrants except in its own interests.

I have set out arguments for a sympathetic consideration for illegal Latino residents but there are arguments for refusing all amnesty, besides the argument for upholding our laws. The most compelling is that amnesty will not only keep the door open to numerous relatives but will draw endless millions more from impoverished countries, for Obama will not seal the borders. Indeed any degree of legalization ensures more arrivals. And it can be predicted that, unlike the distant past, a Leftist-dominated America will discourage integration and encourage Balkenization. Truthfully, America already has more than enough people and so what if the birth rate falls. A scarcity of labor can be solved by ingenuity and more energetic and healthy lifestyles. There is no-where in Europe where the benefits of mass immigration have outweighed the social problems of multi-racialism and multi-culturalism. The victims of mass immigration have been the ordinary native people. The winners have been only the elites.

What to do about illegal residents and secure borders will be a problem down the road for a Republican President and Legislature but in the next few weeks the problem for Republicans (and the rest of us conservatives) is how to resist Obama’s imminent Executive Order, for this one is the game-changer. Obama knows he is crossing the Rubicon and believes that despite the election results, he can sweep aside a pusillanimous Republican leadership. Probably, he relishes the prospect. After this victory he will have changed the electoral landscape for good and will most certainly embark on rule by decree to complete America’s transition to a one-Party State. We on the Right should set aside for the moment concerns about Obamacare, the IRS scandal and all the other scandals and concentrate on halting Executive Orders once and for all. Republican leaders should take to the streets if necessary and lead the marches. 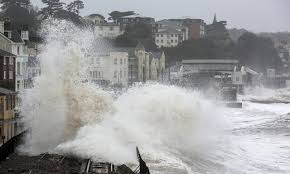 The UK has been experiencing stormy, wet weather. Some with long memories will say “What’s new?”. Here in middle California there has been a little rain and cool temperatures. Real rain is desperately needed but meanwhile much of the USA on the other side of the Rockies has been getting deep snow, cruel temperatures and a deficit of global warming.

Great jazz guitarists were once two a penny. Many in the 1940’s and 1950’s found steady work in other people’s small groups and in studios. Irving Ashby (1920-1987) is long forgotten but he played at the highest level. For some time he played with the Nat King Cole Trio. Cole found fame as a singer but he was also an outstanding pianist and those who played with him had to be outstanding. Ashby played with Cole for several years and a typical recording featuring his guitar work was the 1949 ‘Bop Kick’. The two other members of the ‘Trio’ on this occasion were Joe Comfort (drums) and Jack Constanzo (bongos). Few of today’s famous strummers could match Ashby’s talent.