Revolutionary movements and their leaders do not compromise, deviate or lose their vigor until, like other parasites, they have destroyed the host Nation. That is usually decades after assuming power. America’s Media Class revolution is only into 6 years of power and its agenda is very far from complete. Last Tuesday’s election setback will not halt its momentum; curb the appetites of its militants or the ambitions of its leaders. America’s radical transformation is nowhere near completed. Only a successful resistance and complete victory by counter-revolutionary forces can halt and reverse a revolution. At the present time in the USA, the counter-revolutionary forces of traditional and conservative institutions are bloodied but not yet bowed. The defeats inflicted last Tuesday on the Far Left Democrat Party across much of America’s hinterland and South should encourage spirited and renewed resistance. Obama, as the selected leader of the stealthy revolution will now find it significantly harder to press ahead with his extremist agenda, for the movement he represents has lost control over a second arm of government. Nevertheless he still has the power of the White House, the Federal Courts he has quietly packed with Leftists, the lawless DOJ, the Federal Government machinery on the ground, the Public Service Union troops on the streets, intimidating Black mobs in Big Cities and the awesome power of the MSM. He may well also now have at his disposal a formidable portion of a purged military.

On the other hand, the election setbacks may have cooled the ardor of some of his recent allies in Big Business and on Wall Street. The American people remain armed, and gun ownership will be a little more secure in most States, for their legislatures are safely in the hands of traditionalists. Everything – barring unforeseeable events such as terrorist attacks or natural disasters – is in place for a historic confrontation between Obama and Congress, between Left and Right. Obama will eagerly seek the confrontation. The Republican legislators, with a few exceptions, are likely to face confrontation reluctantly – and therefore ineptly – for they do not yet recognize the revolutionary nature of the Leftist movement he leads. Some are fearful of his power and the power of the MSM. As we keep repeating on this website, it is no longer the old politics of finding common ground and reaching compromise. It is the politics of ‘search and destroy’ and ‘take no prisoners’.

It is not just Republican legislators who do not understand the nature of the struggle in which they are engaged. Most conservative commentators are almost as naïve. Peggy Noonan in the weekend’s WSJ expressed frustration and bafflement over Obama’s unwillingness to seek compromise. Rush Limbaugh is less baffled than her and more realistic about the need for Republicans in Congress to stand firm, but both attribute Obama’s resolution to personal characteristics. We do not.

Certainly his character is one of arrogance, massive self confidence, contempt for his opponents and barely-suppressed rage aroused by any opposition. As we have always maintained, he has the traits of a psychopath (not a criminal psychopath we hasten to add!) and to this we can add a racial resentment that has emerged into clearer view since he took office. But although these traits may permeate his Presidential actions, it is the revolutionary nature of the movement he has been selected to lead that will govern his confrontational – and frequently disingenuous- tactics. The proof of this can be seen in the identical behaviors of his Party comrades. Are Reed, Pelosi, Hilary Clinton, Squaw Warren et al any more compromising than Obama? Are the Hollywood billionaires and the billionaire perverts and Leftists who fund the Democrat Party and all its Front organizations any less confrontational? Surely, confrontation without compromise can be found untempered right down to the grass roots of the Democrat Party, the Unions, and the homosexual and Black communities. Are not the daily insurrections in Ferguson, encouraged and orchestrated by the MSM, evidence of a determination to seek confrontation with traditional law-abiding America? The MSM is marching in lockstep with the revolutionary agenda and defining any Congressional Republican opposition to Obama as the work of Far Right extremists. In the last few days I have read many articles that seek to divide the Republican legislators into ‘moderates’ (those who will surrender to Obama’s agenda) and those, like Mike Lee and Ted Cruz who demand a Constitutional government. They are described as ‘bomb-throwers’.

Website visitors, who think our description of today’s politics as ‘revolutionary’ is being a little over wrought, should reflect on the IRS scandal, the military purges, the torrent of Executive Orders, the shutting down of the Senate’s business, the packing of the Federal Courts with Leftists who openly abhor the Constitution, the continual flouting of the Constitution, the brazen siphoning off of tax-payers money to politically favored enterprises, the lawlessness of the DOJ, the imposition of the ludicrous same-sex marriage, the logic-defying redefinition of sexual identity by personal election, the expulsion of Christians from the public square and their dispatch for re-education — all this torrent and so much more are unprecedented and intended to destroy the old America and remake it. Is anything more revolutionary than the demand from Ferguson and from Blacks Nationwide, for the arrest and punishment, without a trial and without any evidence, of Officer Wilson? It is almost certain that he simply defended his own life when doing his public duty, yet he finds himself a fugitive, fearing for his life and with the knowledge that the American Government, no less, is seeking a means to deliver him to the mob. Those calling for his blood (they are in essence calling for ‘revolutionary summary justice’) are motivated by nothing more than racism and class envy yet they receive the blatant support and encouragement of the MSM and many officials.

Where are the voices calling for justice for Officer Wilson? Apart from a handful of Republican ‘bomb-throwers’, his only defenders are found on the Internet! Why was his persecution by the mob and its Government not an election issue? Why wasn’t Brown’s robbery of an Indian shopkeeper (and daily similar violent crimes by Blacks against Asians, Jews and other Whites) used to alert minority workers to the dangers of a society where Leftists control government and feed lawlessness? The explanation is that many are cowed by America’s revolutionary government and the hidden power of the Media Class that controls it.

Obama is about to seek confrontation on many issues but the most important to him and the most revolutionary in its immediate consequences, is amnesty for untold millions of Third World peoples. Not only will this rapidly speed up America’s transition from a Caucasian society to one racially similar to Brazil or Haiti but it will facilitate the crushing of its civilized and conservative core. Just as gun control measures are simply a step towards the total disarmament of the people, and SSM is simply a step on the road to suppressing free speech and criminalizing Christians, so amnesty is a step on the road to the obliteration of the (conservative) White Man and the industrious Asian. Its immediate effects will include, more – indeed unlimited – Third World immigration, the final collapse of the private health care system, the nullifying of the White vote, a demand for welfare and social services that can only be met by inflation, a massive redistribution of wealth through taxation and an America characterized by greater lawlessness.

The short-sightedness that flows from a failure to recognize stealthy revolution will tempt some Republican legislators to take the steps of compromise that lead to ultimate surrender. In doing so these Republican fainthearts will please employers with a pecuniary interest in cheap labor, and also earn the plaudits of the Leftist Media. Hopefully, the majority of the Republican legislators will stand firm in their resolve, stiffened by the many who voted out the Democrats. We can expect a Constitutional crisis and maybe something more dramatic in the weeks ahead as Obama and his comrades uncompromisingly press ahead with their unfinished revolutionary agenda.

Good News! One more cheer for Putin! His quick response to Apple CEO Tim Cook’s promotion of homosexuality signaled a concern for the children and youth of Russia.

Gordon Klingenschmitt was a US Navy Chaplain who fought for the traditional right to say prayers to sailors. In a move by Obama’s new and purged naval leadership (and concealed by the MSM from the public) Gordon was quietly dismissed from the service. Last week he was elected to the Colorado State House by the voters of Colorado Springs with over 70% of the vote, defeating his Democrat opponent who is a defender of SSM. Visitors to the NOM website will discover that the homosexual lobby suffered many similar defeats in the elections. The MSM is suppressing this good news. Only in Putin’s Russia is such good news freely published. 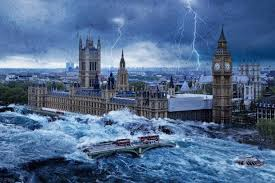 A Polar Vortex has swept across America’s Midwest from Alaska, bringing heavy snow and near-record low temperatures for November. At least that is the news from weather centers. No doubt much of America is experiencing cold weather but it usually transpires in retrospect that the weather was not record-breaking. We have reached a stage where even weather prediction is treated as propaganda with exaggeration commonplace to foster the myth of MMGW causing historic extremes.

We can verify that middle California is experiencing a drought but that is not unusual. Light rain has been forecast but to refill reservoirs depleted by massive population growth, weeks of heavy rain will be needed. At least cool weather has arrived.

Back in the UK in the mid 1950’s, this writer had the pleasure of playing with clarinetist Bernard (Acker) Bilk for several weeks. Acker was some 10 years older than me and already an accomplished player of traditional New Orleans clarinet. Like the rest of us Brits he had been greatly influenced by the music of George Lewis and Bunk Johnson, whose revival in the late 1940’s had resulted in a few 78 records reaching Europe. Lewis, an uneducated but humble and gracious New Orleans veteran musician played clarinet with skill and great feeling. His popularity led to tours of the UK and Germany with other old New Orleans players.

Acker, who besides playing with our band also led a Bristol sextet, was what might best be described as a ‘rough diamond’ and a character. Like Lewis he played with skill and great feeling and although the New Orleans revival gradually gave way to children’s Rock and Pop and even worse fashions, Acker kept playing New Orleans with polish, energy and humor. Despite lacking part of a finger he was an able instrumentalist and a very melodic player.

Before the decline of New Orleans jazz in the UK, Acker was fortunate to achieve TV fame with his band dressed in what became trademark outfits. Somewhere around 1961 he recorded one of his own tunes with orchestral accompaniment and it became an international hit. ‘Stranger On the Shore’ is still well-known and played and Acker later referred to it as his pension. My own experience was that this good fortune could not have happened to a nicer guy who brought worthwhile musical pleasure to many. Sadly, Acker died last week at the age of 85. He had suffered from throat cancer, having been a heavy smoker, but I bet that he was cheerful to the end. He will be a welcome addition in Heaven with his clarinet, his whistling and his gruff singing. RIP Acker!