Like all sane men of the Right I went to bed happy on Tuesday night, comforted in the knowledge that the Democrat Party had lost control of the Senate, had lost seats in the House and had sustained significant losses in the State Legislatures. My pre-election forecast on this website was too pessimistic, thank God! I was pretty sure that a Republican Senate majority would hinge on a run-off in Louisiana. As it turns out, a Republican victory in the Louisiana run-off should register a ninth victory. That this will make Obama, Holder, Reed, Pelosi, the Hollywood billionaires and sundry perverts around the Nation very unhappy is a source of great happiness to me and my young son.

My happiness has little to do with support for the Republican Party of McConnell, Boehner, Bush, Rove et al. I have no illusions about their tepid conservatism, susceptibility to Washington’s moral corruption and fear of the MSM. Since they do not understand the true nature of the revolutionary civil war in which they are caught up, their responses will be wholly inadequate. For the sake of the people of the Nation’s heartland, the reinstatement of the Constitution, free speech, gun rights and secure borders, we have to hope that events beyond their control will propel them to do the right things.

Things are not off to a good start. The Republican Party leaders and Media representatives are already revealing in their public statements their lack of grasp of reality. Talk of ‘working with Obama’ (a liar of psychopathic proportions), finding common ground, selecting as priorities issues on which all can agree, though perhaps intended for public consumption rather than an intention, is nevertheless a disastrous start. The best start would have been to publicly announce that the Republicans will resist every bit of Obama’s agenda, will totally obstruct every unconstitutional move he makes, and will work to unpick all that he has done in the last 6 years. Such a stance would have shocked many disconnected Americans, enraged the revolutionary Left, and thrown the Media Class into convulsions. It would however have paid off in the long run, for it would have galvanized the Right, been honest, and tapped into the subconscious motivation of many who voted Republican or stayed on the sidelines.

On this website we are clear-sighted. Obama and his comrades in the purged Democrat Party have been carrying through a revolutionary agenda for a Leftist coalition dominated by a new Ruling Class (the Media Class). Since the Media Class emerged to take power (albeit by stealth) and remake America in its own image, and forged a coalition with the Far Left, the old politics of compromise have become dangerously deluded. The Ruling Media Class and its Leftist and racial allies are wholly and inexorably committed to a revolutionary program that requires the destruction of the old system of politics, the scrapping of the Constitution and the suppression of opposition.

This analysis of the regime Obama represents does not come from a fevered imagination. Evidence supporting it can be found in spades by those who by-pass the MSM and discover the real news. Obama has boasted that he is remaking America. He has sneered at those who are “bitter clingers”, and identified what he intends to rip from their grasp—Bibles and guns. He has appointed to the Courts only those who detest the Constitution and share the agenda of remaking America. Many of the jurists appointed are perverts who will not rest until Christian morality is criminalized. He has been purging the leadership and the ranks of the Armed Forces so that they will become tools of the Revolution. He and his Party are relentlessly pushing more and more restrictions on gun-ownership and who can doubt that the ultimate aim is a disarmed and defenseless civil population. He has created two classes of citizens who enjoy special protections under the law- homosexuals and selected people of color. He has created another class of people who are beyond the law –certain groups of illegal residents. He has made clear his intention to swamp America’s core of White citizens with Third World imports. He has made no pretence of being a President of all the people but has brazenly identified with the worst elements of the Black underclass and with hostile Muslims. He has used the whole machinery of Government to favor and intimidate the private sector of the economy and punish political opponents (too many examples to list here but the IRS targeting of the Tea Party is just one of many). He and his comrades have energetically advanced the grotesque same-sex marriage not only with the intention of destroying the real (Christian) family but in order to pave the way for the suppression of free speech. He and Holder have turned the Justice Department and the FBI into lawless arms of the Revolution with arbitrary and grossly partisan targets. He has ruled without Congress and made clear that he intends to continue to do so. Is this not overwhelming evidence that America no longer has ‘politics as usual’, is undergoing a Revolution, and that political compromises are more than wishful thinking but actual delusion? That all the above has passed underneath the radar of most Americans, as evidenced by the low turn-out of voters and the naivete of even those on the Right, is due to the central role of the Media Class in controlling and purging mainstream news and opinion.

On this website we have no hope that the Republican leadership will willingly face up to reality. But early in this article I expressed the hope that events will force our side to do the right thing. In post-election articles and commentary in the MSM the Ruling Class is busy attempting to define what the Republicans must do to accommodate Obama and ensure the continuation of the Media Class agenda. They are being unwittingly aided by some who purport to be on our side. Karl Rove and Daniel Henninger in today’s WSJ are seeking to concentrate Republican attention on economic issues, but it is the social issues (the priority of those who direct Obama et al) they studiously avoid that will surely confront the Republicans with reality. Obama will not back down on mass Third World immigration, partly because it is dear to his own anti-White emotions but because his masters also seek to turn America into a racially and culturally Balkenized society. They intend to do so before November 2016.

It is very possible that the Ruling Class will find enough willing Congressional Republican defectors (e.g. McCain) to pass a camouflaged version of amnesty that will please Obama, the Left, the Ruling Class and Big Business. The Ruling Class has already shown itself able to ‘turn’ the Supreme Court when necessary and some longtime Republicans will need little ‘turning’. But the new influx of Republican legislators contains several who have not yet been corrupted by Washington and who are hotfoot from the conservative rank-and-file. And the rank-and-file- and many ordinary Americans- are more hostile to amnesty and Third World invasion than the MSM will reveal. Obama will drive amnesty and although Rove and Henninger may want to sneak it past the Party, it is an explosive issue that will lay bare the struggle between Revolutionaries and Counter-revolutionaries. The outcome of the election, which was a setback for the Revolutionary Ruling Class and its Leftist allies, may have prepared the ground for an eruption of civil strife. Be prepared!

On this website we part intellectual company with those websites of the Right we respect but whose views we believe have been overtaken by history. We welcome the election of Mia Love and Tim Scott and any other Black, Latino and Jewish recruits who will fight for a free and conservative America. Our side can only win the long-term struggle by developing a broad racial front. We also celebrate the victory of Governor Scott Walker in Wisconsin. Hopefully he is strong on traditional social values and an opponent of amnesty. If so, he will surely be a prime candidate of the Right for the 2016 Presidential contest.

The long-purged revolutionary Democrat Party is not prone to disunity but the election result will certainly cause some strains. The Clintons did themselves no good with their campaigning on behalf of losers. Comanche squaw Elizabeth Warren, a Far Left fanatic, will be much encouraged and is in a position to take up the Obama standard. If the Left triumphs in the coming eruption, Warren will be knitting where the tumbrels stop at the guillotine.

Here is a ‘must read’ article. “Education: The New Agriculture”. By Robert Weissberg. Nov 6th on the website The Unz Review: An Alternative Media Selection.

Not much warming to report down in Florida or in the UK. Unfortunately most of California is still trapped under high pressure and November is passing without a sign of rain. Bad news and sure to energize the Climate doom-mongers! 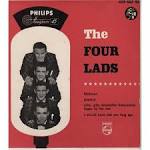 Just to ensure that I get one of the seats in a tumbrel I recommend the Frank Loesser song “Standing On the Corner” (Watching All the Girls Go By) and the version by the Four Lads recorded in 1956. Loesser wrote this for the 1956 Broadway Musical “The Most Happy Fella”. The Four Lads were an excellent close harmony Canadian-born group who found fame by backing singer Johnnie Ray. Songs like this one with its grossly offensive and sexist lyrics are reminders of a happier time(“brother you can’t go to jail for what you’re thinking”) when boys were boys and girls were girls and Elizabeth Warren, clad only in a bison skin and feather, was toddling around the dirt floor of a wigwam.