It is a regular accusation leveled from this website that Obama, Holder and their Democrat comrades in Congress are the purged and paid-for tools of the Ruling Media Class. Consequently the social/amoral agenda of Hollywood, San Francisco’s Castro district and the Show-biz world has first claim on their legislative services. We are certain that Barack Obama experienced his epiphany about same-sex marriage (SSM) and the entire homosexual agenda way back in 2007. That was when he touted for support among Hollywood’s billionaire King-makers (or was it Queen-makers?). He was not required to make his epiphany public at that time for his sponsors knew that the unpopular Media Class sexual agenda could only proceed by stealth. But once in the White House, Obama was told to reveal an evolution in his understanding of ‘human rights’. It was such a speedy evolution that he immediately set about scrapping ‘Don’t ask, don’t tell’ in the military, packing the Federal Judiciary with pro-homo judges, purging the military top brass of Christians and very publicly entertaining the LGBT leading lights in the Oval Office. On this website we do not subscribe to the belief that our President is a homosexual, nor even a bi-sexual who once trolled the bath-houses of Chicago. We recognized his psychopathic traits from the beginning but never saw a hint of queerness.

This is not to suggest that his and his Democrat comrades’ commitment to the rights of perverts is less than whole-hearted, but simply that they recognize that they owe all their political power to the Media Class billionaires who control the MSM and have the biggest purse strings. Obama and his comrades on the Left are nothing if not political realists. They understand-unlike our brothers on the Right- that the ideologues, race-hustlers, politically ambitious ‘yes men’ and public-service union officials of the Left are the junior partners in the coalition that has delivered into their laps government power and riches. Nevertheless, the agenda of the Left, apart from its expansion of government’s coercive power, holds little interest for the Media Class billionaires. It does matter however to the Socialists in the Democrat Party and Union ranks, and Obama and Holder are undoubtedly Socialists of a sort.

Socialism and Socialist organizations attract many different followers. A small minority are simple-minded, other-worldly, innocents who genuinely believe-no matter what the evidence shows- that the world can be transformed with love, tolerance and redistribution. A much larger segment of the Left is emotionally driven by chronic resentment, envy and unhappiness that are rooted in poor parenting. Another large section consists of those members of tribal minorities who fester on the bottom rung of society and have been told that they are on the bottom because of White male oppression. The rest are Socialists out of sheer calculation. They are the people who perceive that through government they can prosper. They are certainly not idealists, neither are they much influenced by irrational emotion. All the foregoing categories, except the first, overlap. It is easy to see why only life experience, and not intellectual persuasion, can convert a Socialist!

President Obama may be first and foremost a servant of the Media Class, but he is also a typical Socialist, which is to say not a simple-minded innocent. It is in the context set out above that we should examine his decisions. He is a resentful child of a dysfunctional family, a tribal member and a calculator and thus we can say that he is a composite Socialist. However, on this website we believe that his racial resentment drives him much more than most critics allow. His earlier sunny demeanor has melted away and increasingly we see the scowl and hear the snarl of the real Obama. Being President over two terms may not have granted him independence from his Media Class masters, but the Presidency has offered him much scope to indulge his resentments, especially those that are racial.

Obama’s appointment of Eric Holder to the DOJ was a master stroke, for they are soul brothers in every sense. It may be that some other members of his long-serving inner cabinet are also brothers and sisters. Neither Obama nor Holder is African American in the true sense and there is no evidence that either care much about African Americans and their true plight. They do however know how to play the race card to political advantage. Thus we have witnessed Obama’s rabble-rousing speeches to Black audiences, his phone calls to selected Black ‘victims’, and the dispatch of Holder to Ferguson.

Obama’s actions and policies are lacking in concern for Blacks but characterized by a resentment of Whites- clearly resentment of Whites is not quite the same thing as being pro-Black. Indeed his resentment of Whites extends to a strong resentment of the USA as a Nation and explains his mission to weaken it in every way possible. It is in this context that we should view his unwillingness to close the borders with East Africa, his importation of Ebola-infected patients and his outrageous decision to send American soldiers to Africa to fight a deadly and ill-understood disease. Restricting the disease to Africa does not make it worse for Africans but importing it into the USA may well make it worse for Americans.

It is possible that Ebola will naturally subside in West Africa and be contained in the USA, where hygiene and facilities are superior. Many epidemic threats in the recent past have been overplayed. This one looks different however and no well-meaning American President would take unnecessary risks. The chances that some soldiers, if not many, will become infected and perhaps die, seem substantial. The chances that infected East Africans will arrive and disperse in the USA also seem high. Leftists will rally around Obama for now, but should an Ebola epidemic erupt here, the Media Class and the population in general will demand Obama’s head. It is possible that his racial resentment has blinded him to the constraints of a Presidency that is entirely dependent on the sponsorship of the Media Class.

For conservative Americans, the Ebola and ISIS crises have overshadowed political events in the UK. Not much noticed are the recent embarrassments of the Cameron Government. The totally unprincipled Conservative Party leader and Prime Minister, David ‘Hug-a-hoodie’ Cameron, who long ago bought into the Media Class’s homosexual agenda, leads a Parliamentary coalition founded on nothing but a lust for high office. His LibDem junior partners in Government may well have committed political suicide as a result of the pact with him but it looks as though he may also have driven out the last remnants of social and patriotic conservatives from his own Party’s ranks. If so he will have significantly weakened its base and no amount of contributions from wealthy perverts will put feet on the ground at election time. Recently, a Conservative MP, Douglas Carswell resigned his Parliamentary seat and left the Party, citing the Leader’s policies on immigration and Europe. This has necessitated a constituency by-election and Carswell is standing again as a member of UKIP (UK Independence Party). The election takes place this coming Thursday and if Carswell wins it will be a huge blow to Cameron’s prestige. To make matters worse, another Tory MP has recently resigned and joined UKIP and this will force yet another by-election. We can but hope that Thursday night or Friday morning will bring Cameron some very bad news.

Cameron is despicable and we will rejoice on this website if his woes multiply. UKIP however is not a genuinely Nationalist Party and neither is its leadership socially conservative. We hesitate to attack any Right-wing parties or individuals since a united front against the Media Class, its Leftist allies and their Revolution is paramount and it is always possible that the UKIP will evolve into a popular Nationalist Party with a conservative social agenda. In any event the ailing British National Party has finally rid itself of Nick Griffin and early signs are that the new leadership will re- unite Nationalist activists, attract new blood and may even start to achieve the success of the French National Front. The UK’s ground for a counter-revolutionary Party is as fertile as that of France or Holland despite the power of the Media Class. We wish Adam Walker, wisdom, courage, safety and good luck! If he has any success David Cameron will be pulling out all the stops to throttle the last remnants of free speech in the UK.

Nick Griffin was a courageous leader and his campaign against Muslim pedophiles turned out to have been not only prescient but required real guts. He had to fear not only the homicidal Islamic Imperialist butchers but a Media Class united in its determination to put him behind bars. It is a tragedy that his personality was such that he preferred to be a big fish in an ever- shrinking pond, for he drove out almost every comrade. We wait to see if the new BNP leadership will gradually jettison the Socialist policies of Big Government, redistribution of wealth and nationalization of industry. We suggest the Party fights for free speech, a written Constitution, gun rights for British people, the reinstatement of a Christian morality and a market economy as well as an end to mass immigration and departure from the EU and UN. 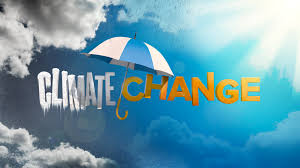 The UK is experiencing its usual chilly, wet Autumn but here in middle California it has been extremely hot. Although August and September saw no triple digit temperatures, October has seen daily temperatures peak at the upper 90’s F. Is this man-made global warming and was Big Al correct all along? The absence of rain is now critical.

The late George Shearing, a superb piano player, often dipped into Latin jazz with his Quintet. In honor of all those American men who now trot dutifully behind their wives each evening with a poodle or two or three on leashes we recommend Shearing’s recording of ‘Poodle Mambo.’ This is not a masterpiece but the Quintet makes a neat job of his composition and it is grown-up music. These poodle men are not the stuff of counter-revolutionary resistance and I have written a lyric to mark their subservience. Anyone who wants to see the lyric, just send an email!