Stop Press! Regular visitors to this website may have wondered why there have been no new articles posted in the last week. Mr. Right and his family have been taking a week’s vacation hiking the high deserts of South East Utah. Mr. Right reports that coincidence is a strange thing for whilst dining in a small restaurant in Moab, he heard the unmistakable voice of former Vice President Albert Gore. Readers might ask ‘which voice’, since Albert has employed more than one in his political career. This one was his ‘down-home, Southern Gospel, Revivalist voice’ and it is one in which he rises to a crescendo, much as a Black preacher might do on a Sunday morning. It is unmistakable, and so it proved to be, for there was Albert, as large as life, seated at the next table. Mr. Right introduced himself and commented on the hot weather. Albert quickly pointed out that Man Made Global Warming was responsible, just as he had long warned the world. It was, he said, his voice rising to a fever pitch, ‘beyond debate’. Later, he took Mr. Right to see his new, and eco-friendly home.

Regular visitors to this website will be aware that the Global Warming debate is incidental to it, for we focus on the governing power of the newly emergent Media Class. We argue that the Media Class has captured and purged the Democrat Party over the last few decades, sponsored Democrat Party candidates for all elected offices and placed Obama in the White House. We further maintain that the Ruling Media Class has forged an alliance with Union leaderships, Public Service employees and the political Left, indeed all those who have a vested interest in the growth of Government, the abandonment of the US Constitution, and the suppression of Free Speech. We declare that the Media Class is primarily committed, not to the Left’s economic agenda, but to a revolutionary social/moral agenda that, once imposed with the full force of a totalitarian government, will legitimize the libertine and perverted lifestyles of its own members. At this time, the Media Class is dedicated to the re-election of Obama in November, so that he can continue the promotion of its revolutionary social agenda and the growth of Government.

This brings us to Albert Gore in Moab and the propaganda power of the Media Class. Those with a long memory will recall ‘that kiss’. In the summer Presidential campaign of 2000, Albert Gore (then Clinton’s VP) was running for the White House against the Christian George Bush. The Media Class, as part of its Mainstream Media (MSM) support for Albert Gore, covered the Newspapers and TV screens with pictures of Albert French kissing his then-wife Tipper on the stage of a political campaign meeting. Clearly, this picture was intended to win for Albert the women’s vote, the family vote and the votes of all those who are addicted to shallow Hollywood romances. It is worth recalling the earlier MSM images of Bill and Hillary walking hand-in-hand across a beach. Bush, seemingly a happily married man with a modest and non-political wife, never qualified for any matching MSM images and we can safely predict on this website that Romney will not be granted any positive MSM family images. Obama and Michelle will however get much favorable treatment between now and November. We cannot know if the Obama marriage is as sound as that of the Clintons, the Edwards marriage, or that of Albert and Tipper.

It so happened that Albert and Tipper, in June of 2011, announced their separation. The MSM, predictably gave this little coverage and what there was, was sympathetic. John Edwards’ marriage to his late wife is now being revealed, thanks to a criminal case, as another sham that the MSM shamelessly hid. What we can be sure about is that everything the MSM promotes as ‘News’ is rank propaganda and mostly lies, and all is employed either to destroy those politicians who stand in the way of the Media Class agenda or to promote its Leftist allies and agents.

Some of the cynics who support our website may say that Albert’s kiss of 2000 was simply posed for the MSM and evidence that he was and is a hypocrite. They might also say that his relentless promotion of Man-Made Global Warming is further evidence of his bold hypocrisy, citing his lifestyle and giant mansion home. We can now refute all such charges, for we have posted pictures of the house to which Albert has relocated and where he is working to rebuild the relationship with Tipper. Below are pictures of the two houses and the new open-air pool that the couple are enjoying for their daily dip. 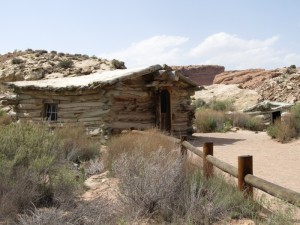 Tipper is occupying the smaller residence which is only a yard or two from Albert’s slightly larger home. As you can see, the carbon footprint of these two modest homes is small and in keeping with a man who believes that climate catastrophe is imminent. 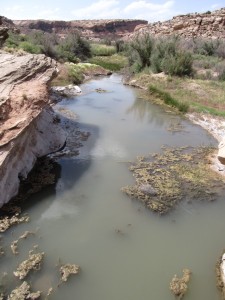 The George Zimmerman/Trayvon Martin story has largely been dropped by the MSM, though what reporting there is continues to be hugely biased against Zimmerman and filled with much repetition of blatant falsehoods. Those who get real news from websites such as ‘Free Republic’ will find some devastating commentary from the Leftist attorney, Alan Dershowitz. He and the foremost Constitutional Lawyer, conservative Mark Levin who broadcasts on Talk Radio, are united in denouncing the Florida prosecutor as wholly unprofessional and worse. We point our website visitors back to our archive article of 22nd March, written just two weeks after Martin was shot by Zimmerman. Because we understand the power of the Media Class, its agenda and its use of the MSM for propaganda, we are able to correctly analyse almost all contemporary political events.

The weather in Moab last week was mostly very hot – typical for late May in the deserts of the Southwest – but on Saturday, Salt Lake City was extremely cold. Here in central California, the weather continues to be very cool, with temperatures rising on the odd day. No evidence of Global Warming!

Music Choice – Don Elliot (1926-1984) was never favored by jazz critics, despite being a superb musician and playing with some of the best jazz musicians of the late 1950’s. Elliot played both the mellophone and the vibes and in 1957 he appeared at the Newport Jazz Festival with his Quartet. His live recording there of the great song “Dancing in the Dark” (Dietz and Schwartz) is recommended to all grown-up listeners. Bill Evans is on piano, Ernie Furtado is on bass and Al Bedini is on drums.